Anti-Aliasing in Gaming: The Battle for Perfect Graphics

Home / Blog / Anti-Aliasing in Gaming: The Battle for Perfect Graphics 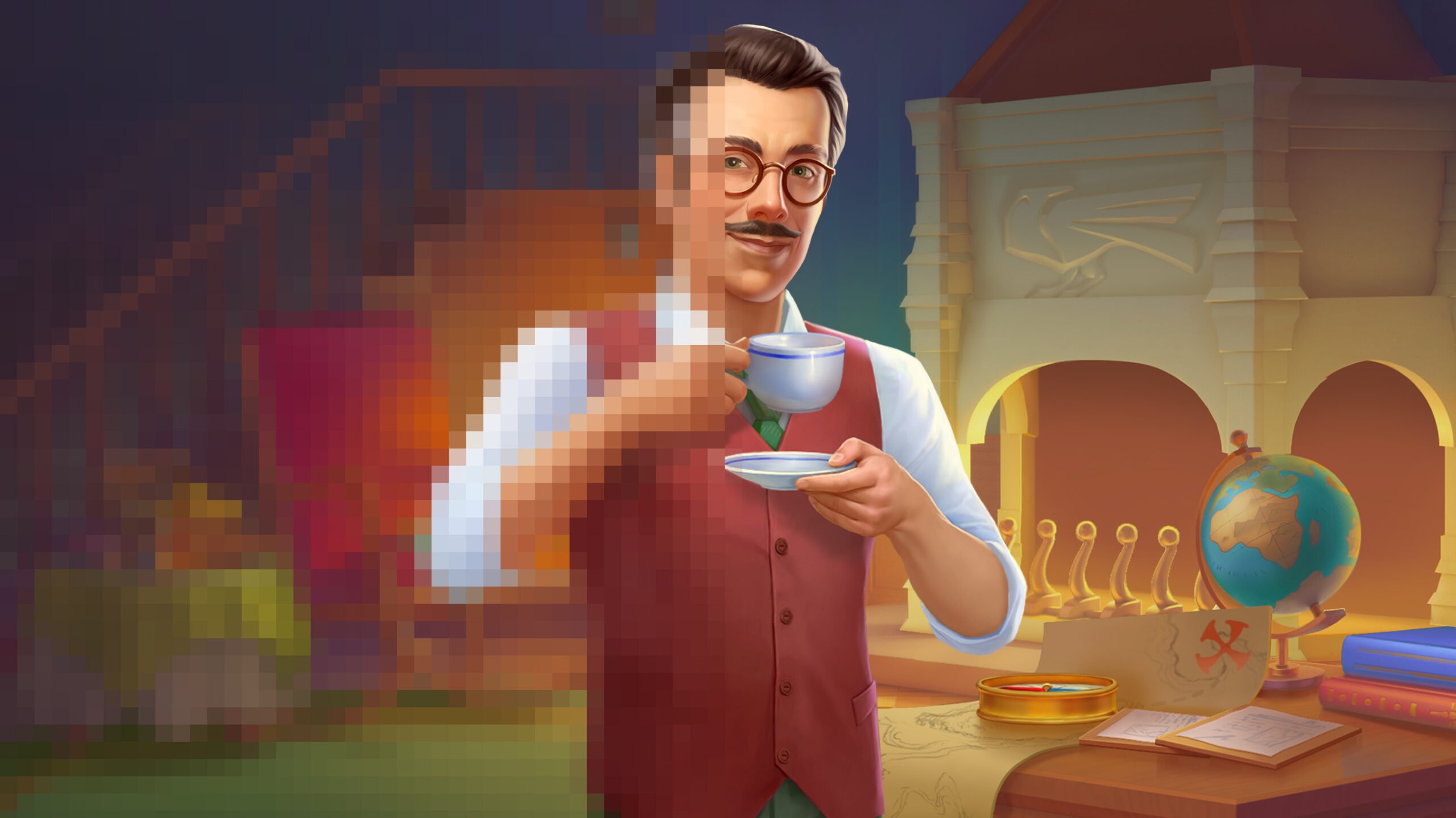 Your favorite game’s settings have a standard set of parameters: sound, mouse speed, and video. One of the settings you will find in the graphics menu is anti-aliasing. It includes many options to change the graphics quality, but what does this algorithm actually do? Why is it in all the old games, and will it disappear in the near future?

The history of anti-aliasing

Anti-aliasing is an algorithm for eliminating the effect of “jaggies” (clearly visible pixels) on the screen. It was presented by the Architecture Machine Group team, which later became known as the Media Lab, a laboratory engaged in research and development in the field of technology, science, art, design, and medicine, in 1972 at the Massachusetts Institute of Technology.

The principle of the technology is to create additional shades of pixels, which are used to draw curved lines in game images. In this case, the added elements gently smooth the borders, creating a gradient. That is, the anti-aliasing parameter in games affects the picture’s overall quality. 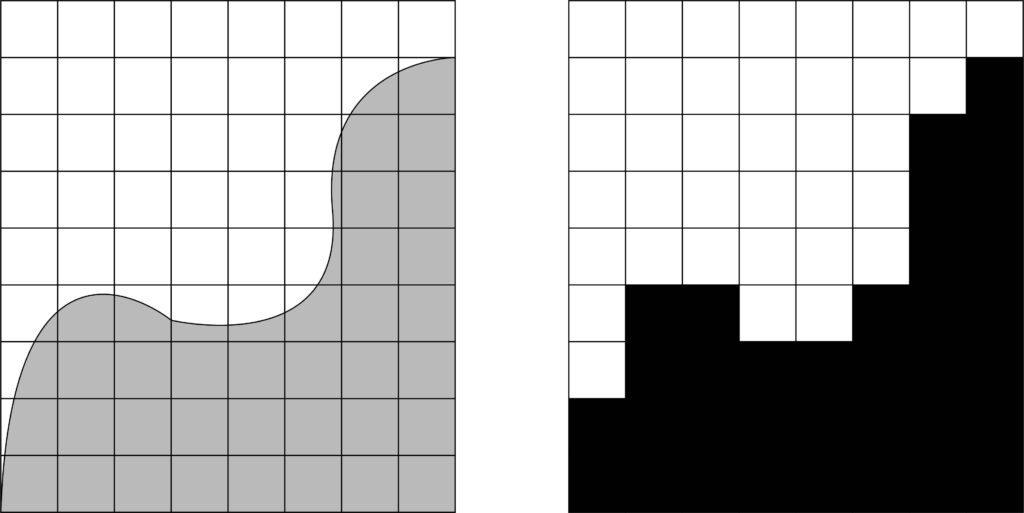 So why does the “jagged” effect occur?

Modern monitors and screens of mobile devices consist of quadrangular elements – pixels. This means that, in fact, only horizontal or vertical lines can be displayed in straight lines with clear boundaries. Angled curves are displayed as “steps.” For example, the line in the picture below appears straight, but as you zoom in, it becomes clear that it is not. 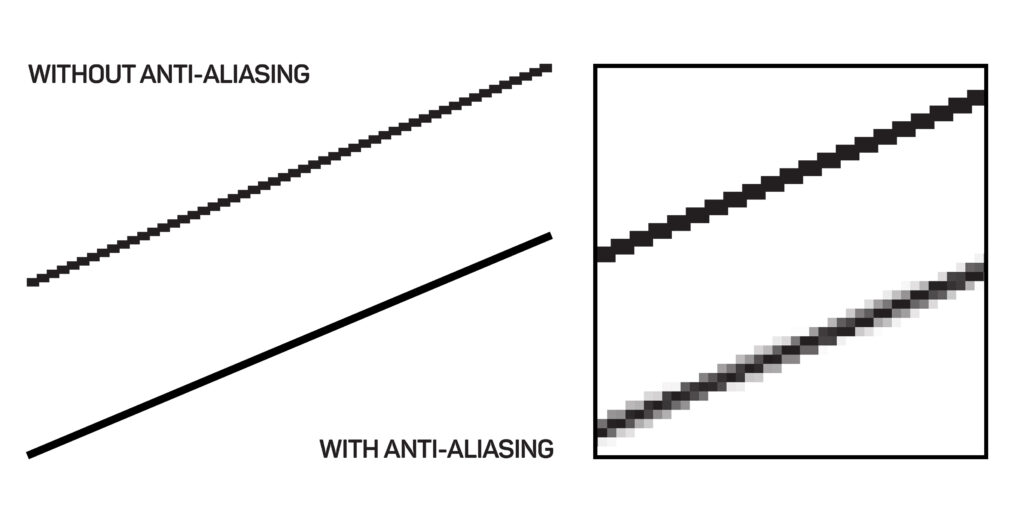 Anyone who has played older games is familiar with that era’s distinctive pixelated and blocky aesthetic. “Jaggedness” occurs due to the lack of a smooth transition between colors, and anti-aliasing comes to the rescue in this situation.

The primary purpose of anti-aliasing is the struggle for image quality in the game. With the advent of a dynamic picture, the effect of noise took place – the curves were constantly rebuilt, which distracted the player from the game’s story and lowered the quality of the picture. In addition, objects in the background became quite blurry.

The picture becomes pretty when the anti-aliasing algorithm is enabled, but there is a noticeable catch: the additional load on performance. The new task makes the processor and video card render additional shades and expend power resources.

One way to fix those issues is to downsize the pixels. An image with 30 squares looks more blocky than one with 3,000 squares. In other words, high resolution can help resolve the issue.

But resolution is not all-powerful. Software developers use sophisticated computational techniques to eliminate the blocky look in the game space. Their purpose is to eliminate jagged edges that occur when creating non-rectangular shapes from rectangular pixels.

The types of anti-aliasing:

Anti-aliasing methods began to develop actively in the early 2000s and have undergone many changes.

The first algorithm was called “supersampling” – a primitive and crude approach in which pixels were divided into several separate samples, each with four squares. These samples were then analyzed to determine the average color of all four pixels. The developers used the set average to make edits to lines or edges.

This algorithm is computationally intensive and can load your GPU heavily.

SSAA is the highest quality anti-aliasing option that gives a clear image. The main disadvantage is that the option drastically reduces the equipment’s performance. In this case, the video card artificially increases the screen resolution, and when the picture appears, the frame is reduced to its original form. For example, on a Full HD (1920×1080) screen, four times anti-aliasing will allow you to get a picture in 4K quality (3840×2160).

The SSAA technology is implemented in projects where the game’s high performance compensates for resource consumption of this type. Occasionally, there is an option in the settings for SSAA x 0.5: the image quality drops by half, then increases when it appears on the screen. The visual fidelity drops, but the game’s performance increases.

MSAA is a lighter replacement for SSAA. It is used when it’s necessary to smooth out the edges of contrasting segments and small objects in the background. This type of anti-aliasing is inefficient for games with many small details such as textures, plants, and city views. In this scenario, the anti-aliasing technique becomes no easier than SSAA.

If you want to adjust anti-aliasing but have a weak PC, FXAA will suit you perfectly. It’s the least demanding on equipment resources. Instead of calculating the game’s colors and geometry, it blurs the jagged edges.

The principle of the algorithm is to add additional pixels with averaged colors along the edges of the curve. This is a popular option, but it is not a high-quality one – the borders are too blurry. You will have to choose what is easier to put up with: the “ladder” or excessive blur.

MLAA is Intel’s technology, similar to FXAA, that finds sharp color transitions and gradates them. The process starts after the final version of the frame appears, so the load goes immediately to the device’s central processor. The game works just as briskly, but the picture blurring remains noticeable.

SMAA is an anti-aliasing technology similar to FXAA and MLAA. The algorithm calculates and adds additional “averaged” pixels in contrasting areas and those that differ sharply in brightness. The process directly loads the video card, affecting the game’s performance. The picture remains as blurry as in the previous two versions.

TXAA/TAA is a product from Nvidia. It combines MSAA and SMAA, adding the function of detecting the vibration of objects. The system analyzes previous frames by comparing pixel positions. This anti-aliasing works well if the image on the screen is static. But as soon as the movement begins, resource consumption skyrockets, visual errors appear due to residual frames, and blur becomes very noticeable. This is the newest of the listed technologies supported only by modern video cards.

When the selected game doesn’t support this type of anti-aliasing, there are real inconveniences. The interface and the mouse will slow down because you are playing at a resolution higher than your monitor allows.

CSAA/CFAA is a variation of MSAA. We get a picture quality of MSAA x 8, but the performance cost is at the level of MSAA x 4. The image is clear. The algorithm determines not only the jaggedness itself but also neighboring pixels: anti-aliasing works for large objects, and small details are not blurred.

Popular types of anti-aliasing demonstrated using the example of GTA:

Summarizing all the information:

SSAA – we get an excellent picture but a noticeable load on the video card. MSAA – rarely used, suitable for games with large objects in the graphics. FXAA – the edges of objects are indeed smoothed, but so much so that the entire image is blurred. MLAA – the algorithm loads the processor without affecting the comfort in the game, but the picture is blurry. SMAA – the game’s performance drops a lot, and the picture becomes fuzzy. TXAA – an excellent option for games where most frames are static. DSR – the technology is rarely used and puts a large load on the video card. CSAA / CFAA – we get a picture of excellent quality, including small objects.

What type of anti-aliasing should you choose if there are several options in the game? It all depends on your hardware.

You’ll have to experiment, especially if your computer is generally in the category of “not great for gaming, but it’s not terrible either.” You’ll be able to run SMAA and possibly MLAA or FXAA. Whether MSAA will work at a decent speed is an open question.

With hardware like that, you’ll be able to run the game at maximum power. If your game has an anti-aliasing level slider, test different levels of anti-aliasing to find the perfect one.

Why are anti-aliasing techniques essential for games?

Display resolutions have risen to the point where pixels are invisible. You need to get close to the screen to see the squares, even on a regular 24-inch monitor with 1080p quality. This means anti-aliasing fades into the background because GPUs become more powerful, and the average screen resolution increases.

Today, you can run many older games without anti-aliasing at all! But for new games, anti-aliasing may be vital – gamers now use high-resolution widescreen monitors, where the picture quality should be at the maximum level.

Should you disable anti-aliasing? Pixel accuracy is vital in multiplayer games because a high-quality picture will give you an advantage over your rivals. Anti-aliasing is necessary primarily because it affects your immersion in the game and the game’s performance. After all, nobody wants to get distracted by “jaggies” and be painfully aware that everything around them exists only on the monitor.

If you’re using 4K resolution on a 27-inch screen, you probably won’t need anti-aliasing. An image of this quality will look perfect without anti-aliasing.

As with many things in life, the best way to know if you need anti-aliasing is to test different options.

Download your favorite game and see if you like the picture, how it changes with different settings, and if the performance changes. When choosing anti-aliasing settings, remember there is no ideal type of setting. The deciding factor will be your computer, monitor, and the requirements of the game you choose.

Anti-aliasing was an important issue, but improved graphics and higher resolution displays have made it a thing of the past. In some cases, newer games don’t require anti-aliasing at all. Still, it’s essential to know the term to make informed decisions about balancing your next video game’s performance and visuals.

Knowing different algorithms can also help you if you decide to create your own game! 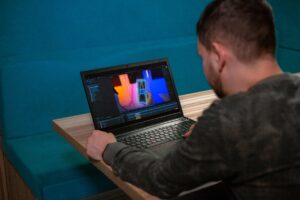 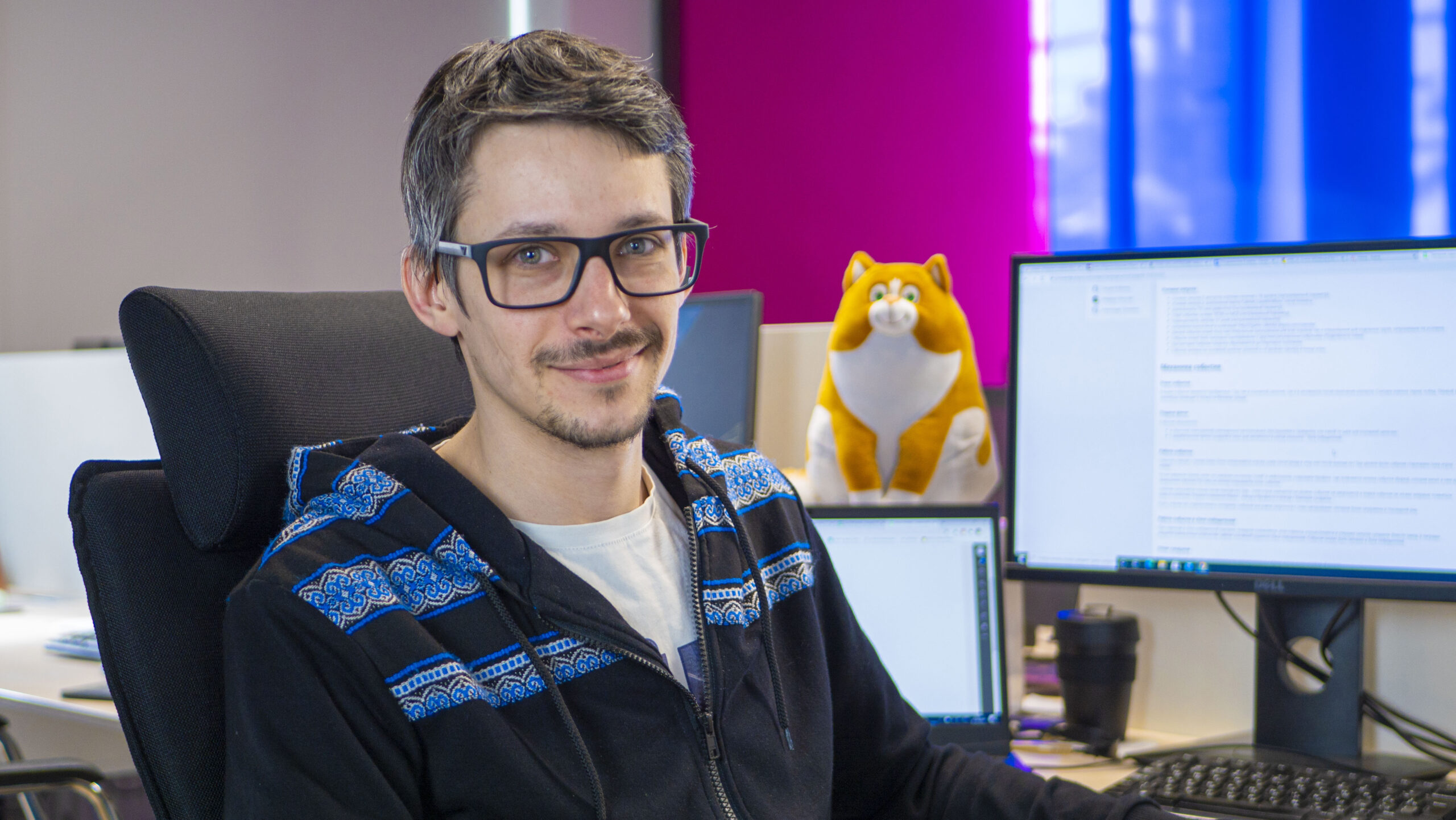 How to Write a Game Design Document: Structure, Tips, and Common Mistakes Next
Читайте также 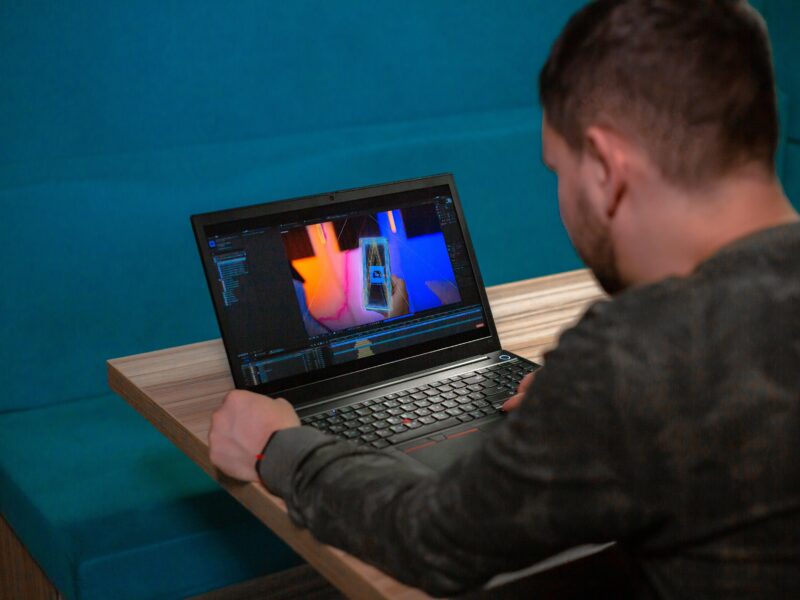